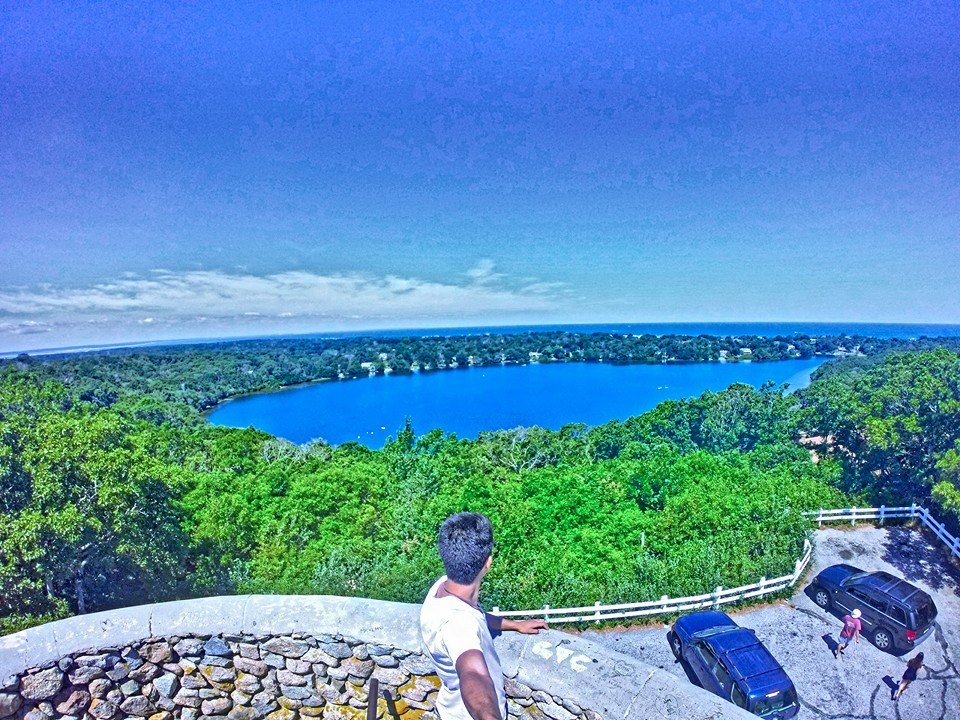 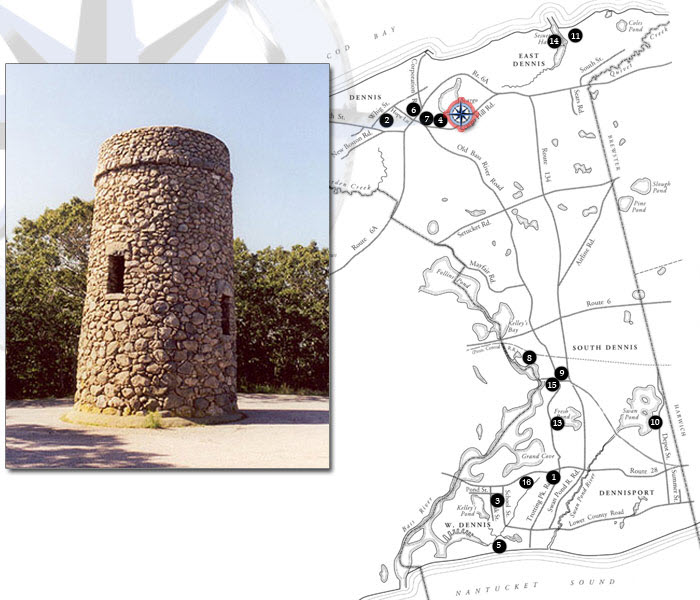 Scargo Tower began as a tourist observatory in 1874. Made of wood, it was destroyed in a gale two years later. Rebuilt again of wood, it burned in 1900. the present cobblestone tower opened in 1901. The 30 foot high tower is located atop the highest hill in the mid-Cape. Indian legends tell of the making of both Scargo Hill and Scargo Lake. Views may be seen of the entire lower cape to Provincetown, and as far west as Plymouth.