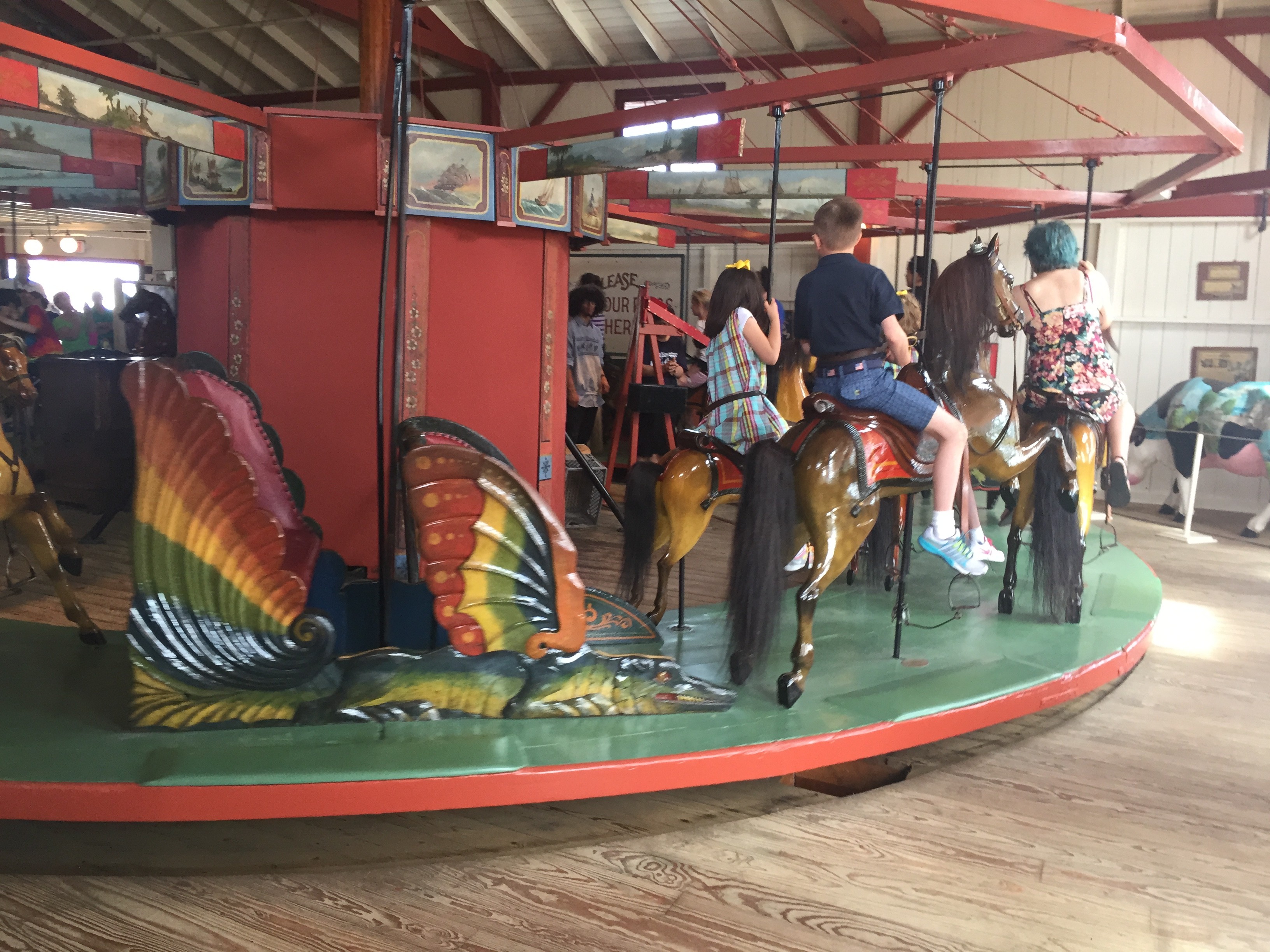 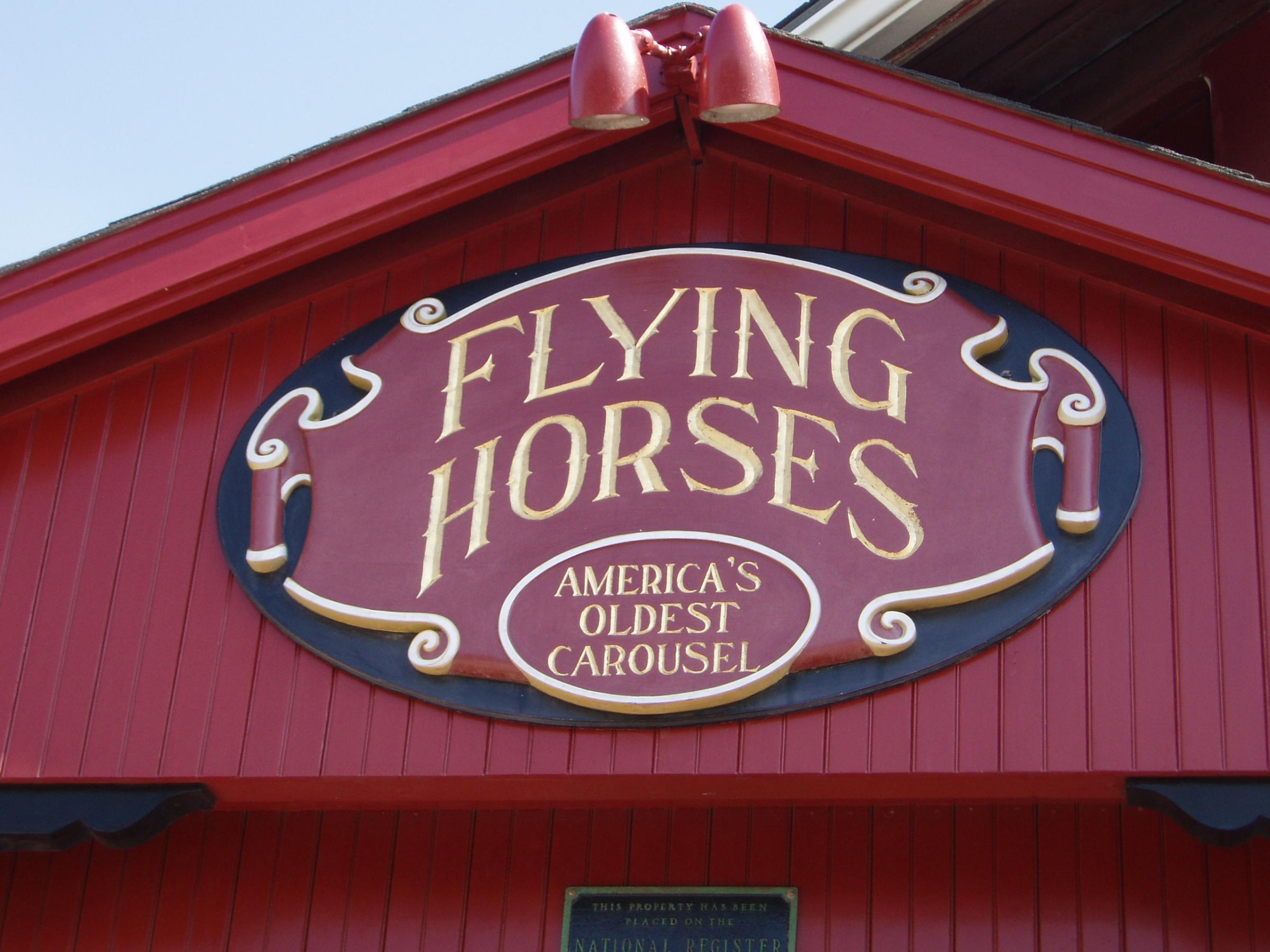 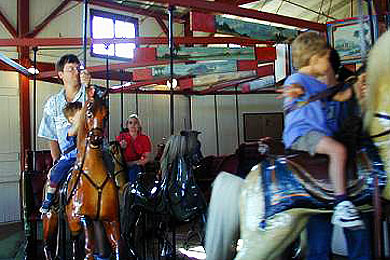 The Flying Carousel is the nation’s oldest platform carousel and has been designated by the U.S. Department of the Interior as a national landmark. Constructed in 1876 by Charles Dare, it is one of only two Dare carousels still in existence. Originally operated as a Coney Island, NY amusement, it was moved to Oak Bluffs in 1884, where it has lived in its red barn, delighting generations of Island residents and visitors ever since. The carousel was acquired by the Preservation Trust in 1986 to prevent it from being dismantled and sold piecemeal to collectors of antique carved horses. The Trust undertook an extensive restoration of the Flying Horses, returning the carousel to its original appearance, complete with the historic panel paintings that were done by a Dare factory artist. The horses were individually restored by Rosa Regan, the premier carousel conservator in the United States. They feature real horsehair manes and tails, and distinctive objects in their glass eyes. The 1923 Wurlitzer Band Organ plays tunes that our grandparents would remember, on original paper rolls.

The highlight of every ride is the chance to grab the lucky Brass Ring!  Generations of children have skipped rope to the familiar rhyme: